The first members of the Defakturalistik series appeared at a time in several things as novelties. On the one hand, their use of materials, as it has been so far, is based on a large proportion of reuse, but now not only from other parts of objects destined for scrapping, but also from cultic tools. First of all, a part of a building illuminating and mega reflector has been revived, which was previously one of Budapest’s most famous, huge buildings, with its exterior, colorful lighting for 12 years. At the time, these “color cannons” were on high columns and on the building, the result of their sight was enjoyable for many kilometers . Now, with a few meters of viewing lanes, they dazzle close by, obviously in a completely different way.

Another extremity is that nowadays the infinite magic boxes are not only unique in this way, that is, that the fictitious space and the direction of the spaces change dynamically, but that it is displayed on two viewpoints. That is, at the same time, at a time, it shows a similar virtual space in front of and behind the object and more than one virtual space.

So far 2 artworks are presented. Both of them have the same category, completion period (2012), the dynamic and material.
The space-shaping shows on the photo “during operation” unfortunately less than the other, video is more convincing. And live.

The INNOMATIK Ltd. is always available to present them, after previous consultation!

From 2012 December till the begining of February 2013 A22 Galery Budapest.

Kossuth Rádió, Hír TV, Magyar Nemzet, and much more forums on the internet. 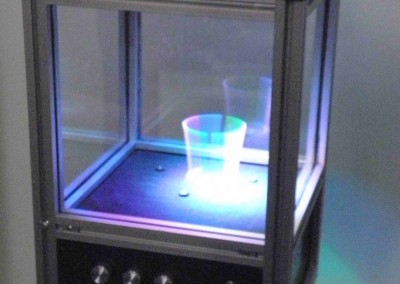 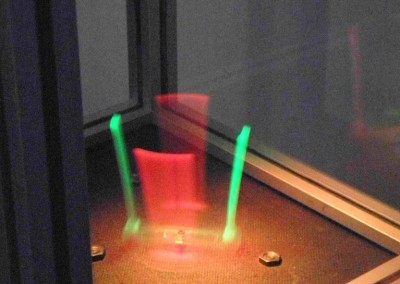 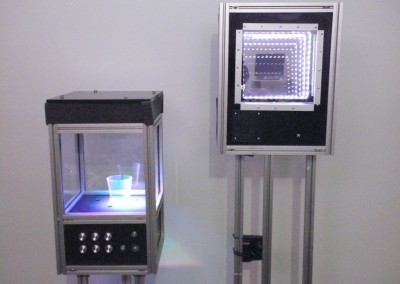 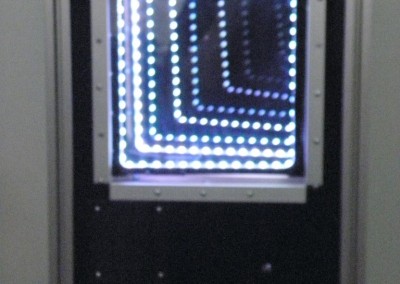 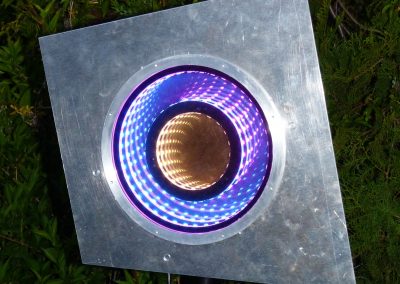 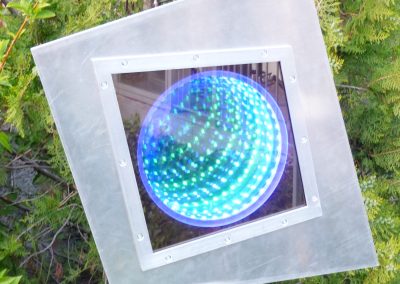 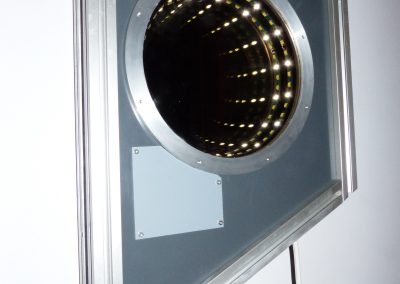